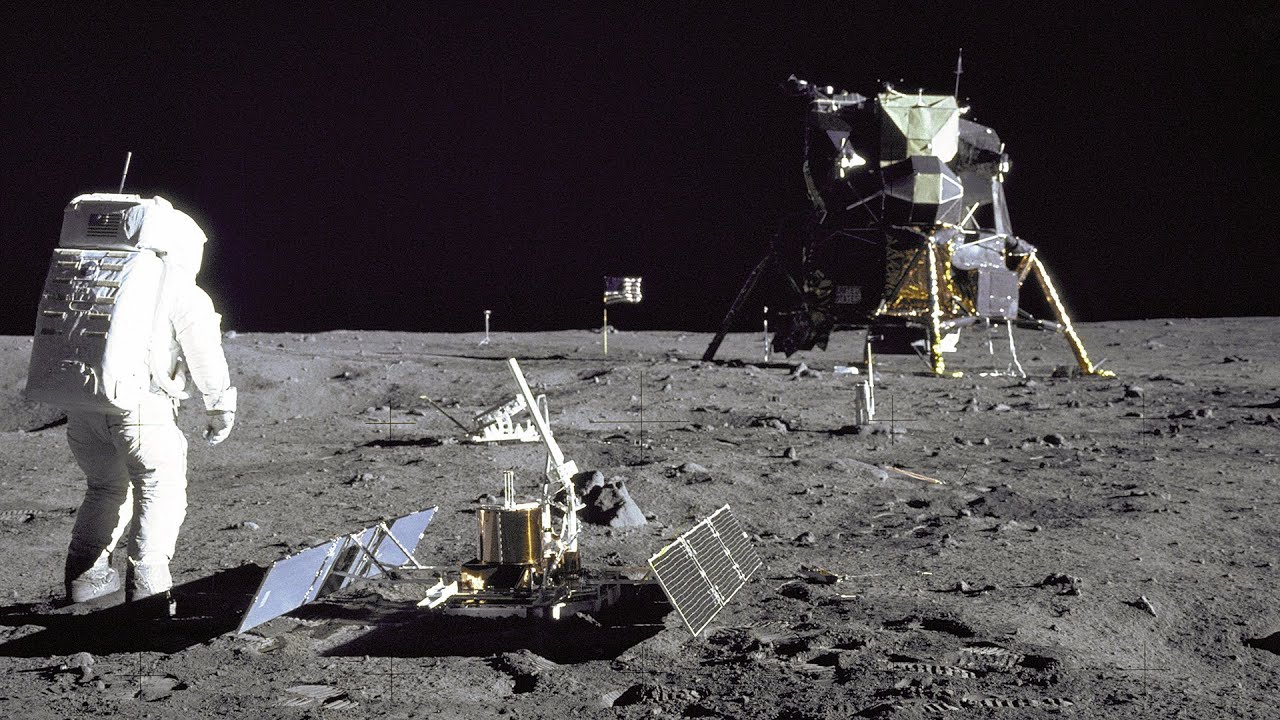 Original Mission Video as aired in July 1969 depicting the Apollo 11 astronauts conducting several tasks during extravehicular activity (EVA) operations on the surface of the moon. The EVA lasted approximately 2.5 hours with all scientific activities being completed satisfactorily. The Apollo 11 (EVA) began at 10:39:33 p.m. EDT on July 20, 1969 when Astronaut Neil Armstrong emerged from the spacecraft first. While descending, he released the Modularized Equipment Stowage Assembly on the Lunar Module’s descent stage. A camera on this module provided live television coverage of man’s first step on the Moon. On this, their one and only EVA, the astronauts had a great deal to do in a short time. During this first visit to the Moon, the astronauts remained within about 100 meters of the lunar module, collected about 47 pounds of samples, and deployed four experiments. After spending approximately 2 hours and 31 minutes on the surface, the astronauts ended the EVA at 1:11:13 a.m. EDT on July 21.